as seen at BLOVEDclick here to see the full feature

ADD TO YOUR SOCIETY

We have been blessed, again, to have been featured in an article on Martha Stewart Weddings!!  Thank you, Jenn Sinrich!!

If you’re like most people, you might only be familiar with one wedding cake—that is, the one the bride and groom cut into on their wedding night and feed to each other as a significance of their shared love. But wedding traditions from other cultures incorporate more than just one cake. The groom’s cake, which originated in Victorian England, is one such example. “As tradition has it, there were typically three cakes served during a Victorian wedding,” says Kimberly Lehman, wedding and event planner at Love, Laughter & Elegance. “There was the wedding cake that was served to the guests, the bride’s cake, which was served to the bridesmaids, and the groom’s cake, served to the groomsmen.” Eventually, Southern brides and grooms in the United States adopted this tradition, making it their own. (Who could forget the armadillo-shaped groom’s cake in Steel Magnolias?)

While the tradition has changed over time, the groom’s cake is still alive and well. In fact, it may be becoming more popular than ever. Couples across the United States and abroad—even Prince William had one at his wedding to Kate Middleton!—are serving a second confection tailored to the groom’s specific tastes. Thinking adding another cake to your party in honor of new husband? Here are some interesting facts to know about the groom’s cake.

Fruitcakes are a dark, rich cake filled with candied fruits and nuts that tend to keep well, especially with all of the liqueur used in their creation, explains Lehman. This is also why they are so popular to give as gifts during the holiday season! “Today, groom’s cakes are usually made with dark chocolate and may be filled with fruits and liqueurs, however, the groom’s favorite cake flavors and fillings should definitely take priority in this luscious dessert,” she says.

The groom’s cake is not always served at the wedding reception.

These days, especially for the less traditional couples, the groom’s cake is served at the rehearsal dinner the night before the wedding. “This is always a nice touch because it spreads the fun across your wedding weekend,” says Catherine George, owner of Catherine George Cakes in Washington, D.C. She suggests leaving the cake out on display for a while before it’s served.

Although designated for the groom, couples are designing the groom’s cake together.

Though the cake design you select for your wedding reception will likely be fairly traditional in terms of color and decoration, the groom’s cake can be a bit more lighthearted and fun. Choose the look together as a fun detail you can both have some say in. If you like a classic look, though, feel free to go for it. The groom’s cake doesn’t have to show off his hobbies or interests. “As couples are veering away from a traditional cake (in the last few months we have seen a cookie truck, donuts, cobbler or pie, and ice cream for dessert instead) the need for a groom cake as an expression of the groom’s personality is becoming unnecessary,” says Isadora Martin-Dye, a wedding planner and owner of owner of Rixey Manor.

In terms of flavor and design, there really are no limits.

“Although the Southern tradition is to make a red velvet cake, I don’t believe wedding cakes in general need to have limits on flavors,” says Liz Berman, Boston-based baker and owner of The Sleepy Baker in Natick, Massachusetts. The same goes for its overall look. “I had a groom joke around about how he wanted a wedding cake that was a pegasus with him riding on the back. The bride refused to allow that and ordered a traditional tiered cake, but then secretly hired me to make a groom’s cake. The wedding cake was displayed next to a sculpted pegasus cake with an image of the groom riding on the back!”

In December of 2017, Southern Celebrations Magazine announced a Creative Challenge.  Those interested were to design a styled photo shoot, featuring one or more of Pantone’s Spring 2018 Top Twelve Colors.  The photo shoot had to feature several styled vignettes, including a tablescape, cake/dessert table, and fashion.  The winners of the Challenge would be featured on the blog and in the upcoming Volume 7 of the magazine. We answered the Challenge!

On Sunday, February 4th, 2018, my team of very talented vendors and models gathered at the Sunset Vista Ranch, LLC.  The results of our Vibrant Country Villa styled bridal photo shoot were absolutely amazing!  Our team’s collaboration was one of the top 3, chosen from over 70 entries!  We are very excited to share the blog post from Southern Celebrations with you!  Enjoy!

Even in the Spring, it can snow! And when it does, you got out and take pictures!

We have been blessed to have been featured on the Southern Celebrations Magazine Blog!  This is in addition to having been featured in the latest edition of Southern Celebrations Magazine (vol. 6).  We are very grateful to have worked with the publisher, Virginia Conaway Buckner, to share our styled bridal photo shoot from July of 2016, with readers nationwide.  Thank you so much, Virginia!

We want to also thank our incredible team of vendors and models.  We could not have done all of this without your hard work, talent and vision!  Y’all Rock!!

We have been blogged!  This time, with one of our videography partners, Joseph Testa Films.  We first met Joe on Facebook, chatting on several occasions in different wedding planning and industry-related groups.  When the opportunity came up to plan a destination wedding for one of our couples, Azia and Hondo, on relatively short notice, Joe and his wife Peggy happily agreed to assist us with videography for the wedding.  They did a fantastic job!  We highly recommend Joe for all of your video needs!

Since then, we have collaborated at several bridal shows, and often promote special deals with each other, in order to maximize value, while not sacrificing quality of service, for our clients.  We also co-administer several wedding message groups together on Facebook, providing planning advice and resources for brides and vendors.

Recently, Joe sent us a short questionnaire, using the answers to create a feature about our business.  Below is the link to the post on Joe’s blog.  Enjoy! 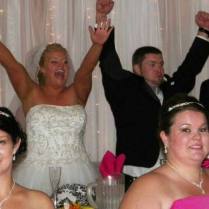 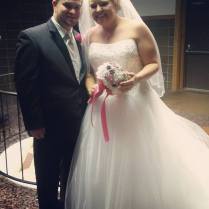 Happy Engagement Season Everyone!!  We are willing to bet you know someone who is now sporting something very sparkly on the third finger of their left hand – a gorgeous engagement ring!  With so many styles to choose from, each ring is a unique representation of love.

So…..we are dying to know……who got engaged over the Holidays?  Please share your proposal stories with us!  If you give us permission, we would like to post them to share, so all may know of your love story.

There is also still time to create a wonderful proposal with New Year’s and Valentine’s Day just around the corner.  We would love to help you set a romantic scene for your once in a lifetime question.

We also would love to assist you in all aspects of planning your dream wedding!  From a free initial consultation, to sending you off on your honeymoon, we can cover all of the details, and take the stress and worry from you.  That way, you can enjoy your engagement and dream wedding as you truly deserve!

Start the process by contacting us today.  We can’t wait to meet you, and share a drink to celebrate with you!  Cheers!